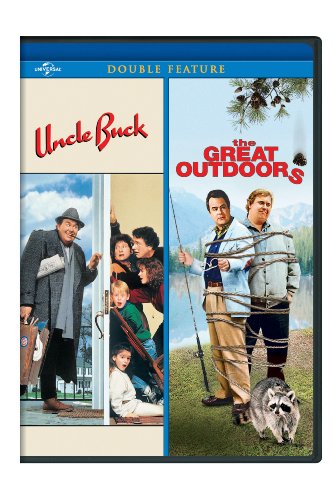 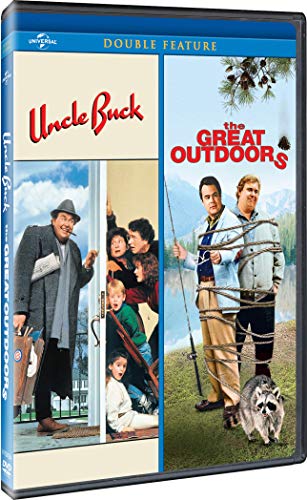 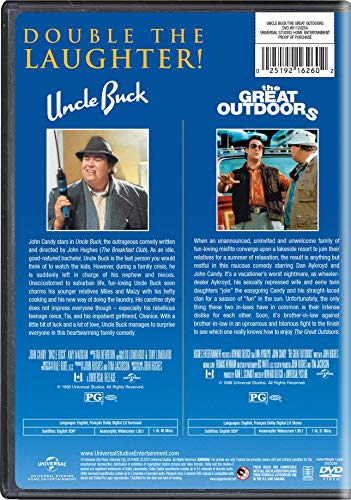 The Great Outdoors: When an unannounced, uninvited and unwelcome family of fun-loving misfits converge upon a lakeside resort to join their relatives for a summer of relaxation, the result is anything but restful in this raucous comedy starring Dan Aykroyd and John Candy. It’s a vacationer’s worst nightmare, as wheeler-dealer Aykroyd, his sexually repressed wife and eerie twin daughters “join” the easygoing Candy and his straight-laced clan for a season of “fun” in the sun. Unfortunately, the only thing these two in-laws have in common is their intense dislike for each other. Soon, it’s brother-in-law against brother-in-law in an uproarious and hilarious fight to the finish to see which one really knows how to enjoy The Great Outdoors. Uncle Buck: John Candy stars in Uncle Buck, the outrageous comedy written and directed by John Hughes (The Breakfast Club). As an idle, good-natured bachelor, Uncle Buck is the last person you would think of to watch the kids. However, during a family crisis, he is suddenly left in charge of his nephew and nieces. Unaccustomed to suburban life, fun-loving Uncle Buck soon charms his younger relatives Miles and Maizy with his hefty cooking and his new way of doing the laundry. His carefree style does not impress everyone though – especially his rebellious teenage niece, Tia, and his impatient girlfriend, Chanice. With a little bit of luck and a lot of love, Uncle Buck manages to surprise everyone in this heartwarming family comedy.
Bonus Content:
Disc 1 – The Great Outdoors:

There are no reviews yet.

Added to wishlistRemoved from wishlist 0
Add to compare

Added to wishlistRemoved from wishlist 0
Add to compare
$23.98

Rockygoat.com participates in the Amazon Services LLC Associates Program, which is an affiliate advertising program designed to provide a means for websites to earn advertising fees by advertising and linking to amazon.com

Affiliate Disclosure: As an Amazon Associate, we may earn commissions from qualifying purchases from Amazon.com. You can learn more about our editorial and affiliate policy .